MS Variance: Developing the systems and tools to end variance 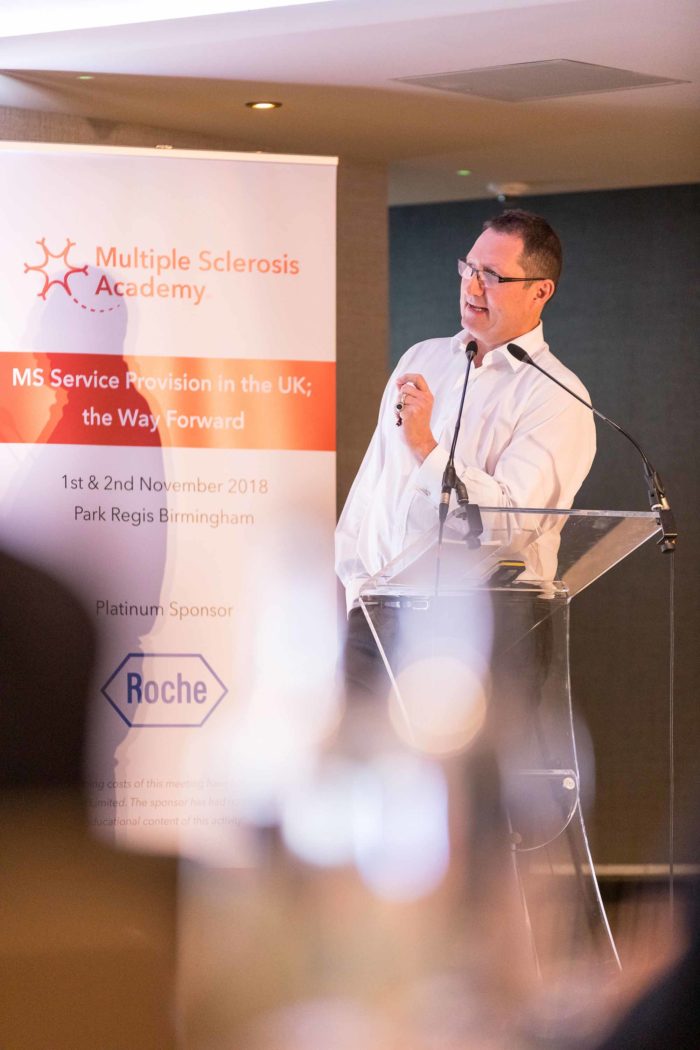 Prof Jeremy Hobart[/caption]One of the discussions which happened time and time again during our ‘MS Service Provision in the UK; the Way Forward’ meeting on 1-2 November was around the systems, tools and mechanisms needed to end unwanted variance in MS services and support.From the usefulness of the systems for measuring disease progression to the systems we input data into, delegates shared their thoughts on the tools and mechanisms in use in the NHS today and debated the various positive and negative elements of each.The usefulness of the Expanded Disability Status Scale was discussed at length as a means of measuring efficacy of disease-modifying treatments (DMTs). In a session on the NHS England DMT algorithm, the need to gather consistent data across all DMT-prescribing centres was considered at length and Professor Gavin Giovannoni noted to the room at this point that NHS England had committed to a simple and mandatory annual audit to enable this – just one of the many audit and evaluation data gathering tools discussed during the two day conference.Two presentations that caused particularly useful discussion around this theme were from Professor Neil Robertson on the role of databasing as a tool, and Professor Jeremy Hobart on audit and quality improvement tools and how they can be used to end variance.[caption id="attachment_3229" align="alignnone" width="700"] 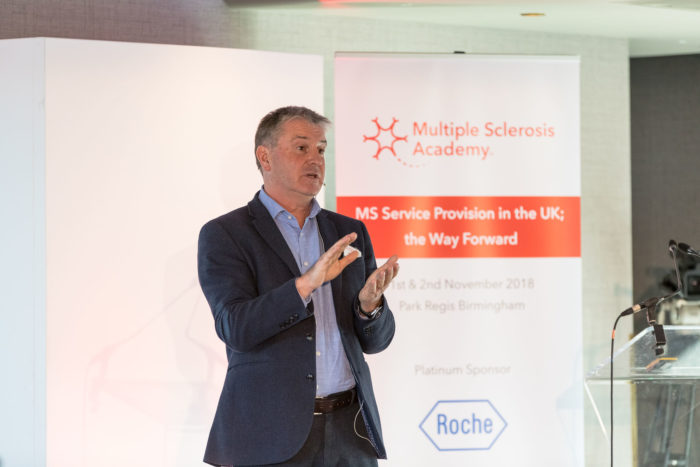 Professor Robertson shared the reality of the data situation in the UK, noting that

‘we lag well behind any other developed country, and yet have the highest prevalence of disease in the world, and an equitable health service that covers everywhere’.

The impression Professor Robertson gave was that there is really no excuse to our poor data management. Highlighting our need to change the culture of data collection in the NHS, he stated plainly

‘technology isn’t a barrier. Anyone can be taught to use a system or a tool.’

There are many different data-gathering systems and registers in use across the UK currently, and the challenge presented was less around individual services or teams and their ability to gather intelligence, and more around the usefulness of the data being gathered. The message delegates heard was that none of the systems in use are consistent with each other, and none of them are giving us all of the information we need in one go.A final key point Prof Robertson made was around funding. ‘The benefit of data is when it can be observed over a duration of time in a sustainable way,’ he said, when addressing the pros and cons of the MS register. If the register cannot be funded for a reasonable duration, then its value goes down – and for databases to be of use in tackling variance, they need to be documenting evidence over several years.Whilst this may all seem on the negative side, Professor Robertson was optimistic.

‘Clinicians and patients are both essential in developing relevant information to gather’,

he said in closing – something which began to happen in a very initial way, in the afternoon’s discussion workstreams, one of which was specifically around data gathering.

Whilst a national dataset is something aspirational to work towards, Professor Hobart presented on some of the tools to monitor quality and drive improvement at a local level now.Since the National Service Framework for long term conditions’ timescale ended several years ago there has been no national set of standards to measure neurological services against. However, recently the research ‘Brain Health: time matters in MS’ which was held up multiple times during the two-day conference as an essential reference point, has been developed into a framework to do just that.Professor Hobart and his team, using ‘Brain Health’ as a basis, have developed a set of quality standards to form action.Fig 1: Flow diagram depicting key quality recommendations for optimal MS management irrespective of geography. 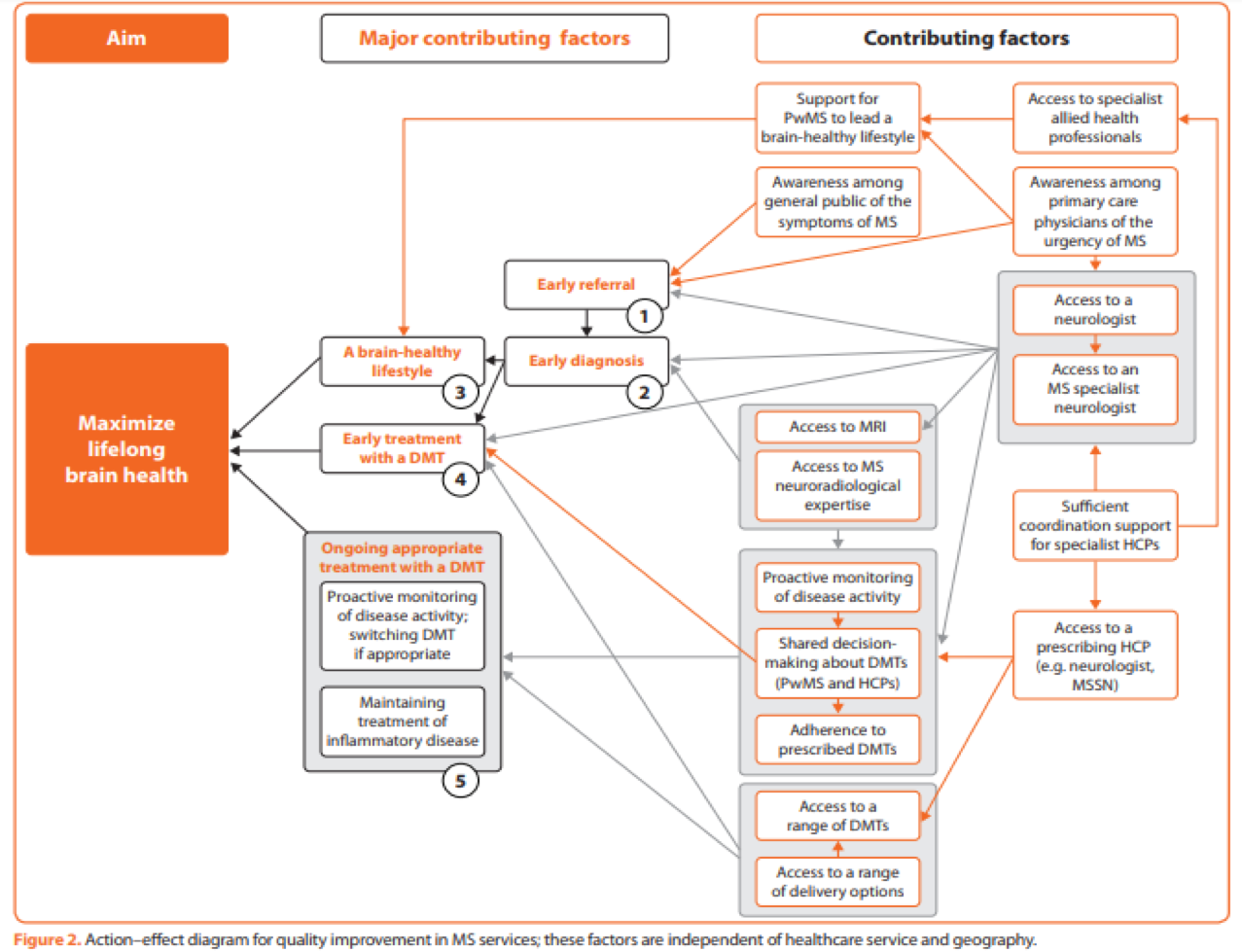 Throughout the two day conference, delegates and speakers alike repeatedly outlined the necessity of audit and quality improvement tools in helping us to advance quality of care and to drive policy changes. Professor Hobart, after outlining some of the specific elements of practice that these quality recommendations can help us to improve, closed with encouragement, saying,

‘Yes, of course auditing will identify limitations, but we mustn’t be scared by that!’

Instead, he highlighted the importance of embracing this and using it to drive positive change.Discussions from the room highlighted the challenge of getting Trusts to financially back a full audit, even in staff time alone to complete it. The response to this echoed the repeated message heard during the conference – that change starts with us, and that it may have to start with one team at a time, and with an element of personal investment to drive it.‘Imed’ was a tool suggested which is free of change and would be ideal for a team to use together, with everyone inputting elements of data to form an overall picture.

‘It changes the culture of people, and it is a personal investment, but it will improve your care’, said Professor Hobart. 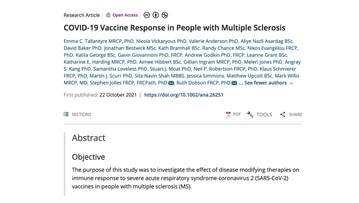 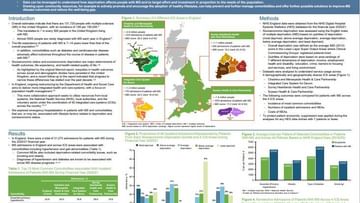