From MasterClass to Chair of Psychiatry 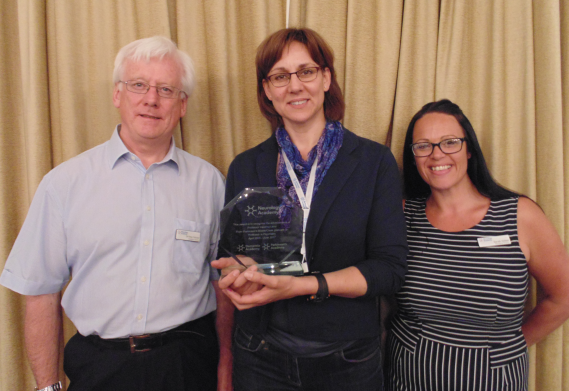 One of the many joys of having been the Parkinson’s Academy’s Academic Director since we began our MasterClasses in 2002 is that I have read every single needs analysis questionnaire submitted by our participants - 100s and 100s of them! What talent we have passing through our MasterClases, with what I see in the questionnaires translated into three-dimensional reality both during the MasterClasses and in terms of what happens next.In 2017 Service Development and Quality Improvement rightly trips off the tongue of every ST7 interviewed for a consultant specialist post. It is now the lingua franca but when the Parkinson's Academy set out in 2002 to promote service development, we were very much on our own. Indeed when I became a consultant in 1989, the year the first ever Parkinson's Disease Nurse Specialist (PDNS) was appointed, there were fewer than 20 Parkinson's (PD) services in the UK. More recently the PD audit, now delivered biennially, was gradually developed by the British Geriatrics Society Movement Disorders’ Section but only as recently as 2005 - 2008.In all honesty I cannot attribute the huge developments in PD services nationally simply to our MasterClasses. BUT, it is interesting to note how rapidly and willingly our other MasterClasses in our Neurology Academy (multiple sclerosis, dementia and palliative care) have taken off with similar aspirations. Soaring away and with our first international MasterClass has been our Dementia Academy.Indeed with 15 years of MasterClasses delivered we are moving to a series of ‘firsts’.

Dr Iracema Leroi, Consultant in Old Age Psychiatry, joined us in 2005 as a participant in MasterClass 6. Since then Ira has been a regular contributor to the PD MasterClasses, more recently a member of the PD MasterClass Faculty and most recently the principal architect of the Dementia MasterClass.Meanwhile Ira has a day job! In 2002, she moved to Manchester and joined the Manchester Mental Health and Social Care Trust and the University of Manchester. In 2017 it is with great pleasure that we recognise 'a first' for the Academy in recognising Ira’s elevation to a Chair at the University of Manchester.Professor Iracema Leroi is now Chair of later life psychiatry in the Department of Neuroscience and Experimental Psychiatry at the University of Manchester, as well as honorary consultant in older adult psychiatry. This reflects her wider experience in that Ira has a special interest in the mental health of patients with PD, behavioural disturbances in dementia, and clinical trials for dementia. Her interest in this area started during a two-year neuropsychiatry fellowship at Johns Hopkins University in Baltimore, USA. She subsequently joined the Hopkins faculty as Assistant Professor and undertook studies in dementia in PD and the neuropsychiatric aspects of neurodegenerative movement disorders. Ira was a deputy mental health representative on the NICE guidelines committee for PD.I suppose the only question is why did they take so long to realise that she should be offered the Chair - we knew!!Ira will receive many awards and much recognition in the years to come and we are delighted that she remains one of the Academy family active at the highest level in both the PD and Dementia MasterClasses. Hopefully we got in first with our award, which if not the most elevated is probably the weightiest - a paperweight of sufficient substance to keep the professorial papers in order!From MasterClass to Chair of Psychiatry - our first new Professor.Congratulations Ira.