COVID-19 and Parkinson’s: Psychosis in Parkinson’s – why it happens to your patients and how you can treat it

From the Parkinson’s Academy series of webinars to update clinical teams on what advice to give patients with Parkinson’s and where management strategies should be focussing.

Many people with Parkinson’s disease experience symptoms of psychosis, including hallucinations and delusions.

Dealing with these issues is extremely difficult, not least because everyone presents differently and limited treatment options exist, said the panel.

Dr Ross Dunne explained that psychosis was related to a person’s perception of themselves and the world around them. It involves seeing patterns in the world and jumping to conclusions about what they mean.

How does it affect people with Parkinson’s?

“It can be very, very complex. One of the things that I’ve found most helpful in clinical practice is to have in my head a model called the neuro-psychiatric slippery slope,” she said.

“People might present initially with things like reduced sleep pattern, then start to get daytime somnolence. The next step would be if they had illusions, but still had insight about them, or some sexual abnormalities.

“Moving on from there it might slide down into them starting to get more prominent or REM sleep issues. And then we move on to more full-blown psychotic symptoms, such as hallucinations and delusions.”

“People might make a mistake. They might see a pile of clothes on the floor and, just for a minute, think it’s a dog, or a leaf in the garden that they think is a bird.

“But then, as the disease progresses, they start to be more complex delusions or hallucinations, where there’s perception of an object in the absence of anything else. That’s when people start describing seeing children or people,” she said.

The panel agreed it was important to give patients the opportunity to talk about any psychosis symptoms they may be having – but that it wasn’t always easy to do so within a routine consultation.

“Eliciting these symptoms from people is all about normalising them. When you start explaining Parkinson’s to people, it’s often seen as a disease of shaking and slowness, so when these neuropsychiatric consequences appear, they think something else has happened to them,” said Ross.

“It’s really important to put this into the context of Parkinson’s for people so that they are not outrageously frightened.”

It can help to explain why it happens, Ross said, if the patient shows an interest.

“I say your brain is constantly trying to fill in the gaps in your vision to make a sensible picture of the world. It’s like you’ve got a jigsaw with missing pieces, and when your brain tries to fill them in, you get illusions, delusions, and hallucinations,” said Ross.

All agreed that the keys to making a decision to treat were insight and distress.

Referring back to the neuro-psychiatric slippery slope, Christine said those at the top of the scale were not usually distressed by the symptoms and still had some insight into them. In these cases, educating them and their carers on what was happening was usually enough.

“But as you get further down that scale, things start to become more problematic. When I’m speaking to patients, I’m thinking about where they are on the scale. Are we getting to the point where this is impacting on quality of life and are they losing their insight?”, she said.

“I had a patient who was so convinced he wasn’t in his right home that the family used to take him for a drive around the village, then come back and say ‘we are home’,” said Dr Neil Archibald.

“I had a patient who sometimes thought his wife was a different person. She would say ‘Oh Deborah’s not here, I’ll go get her’, leave the room and them back in again as Deborah. Fighting the delusion head on just doesn’t work,” Rimona added.

Ross said: “I often say to people, if we can get this to be 20% better that it is at the moment, would that be an acceptable level of improvement for you?”

Christine explained that she would:

Anti-psychotics and cognitive enhancers may help in some people, but not all, the panel agreed. As such pharmacological treatment should be approached on a case by case basis, they said.

This webinar is also part of the TeesNeuro Podcast. You can find this and previous episodes here:

Our Parkinson’s Academy COVID-19 webinars are available on Soundcloud: soundcloud.com/neurologyacademy 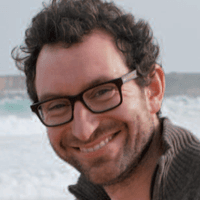 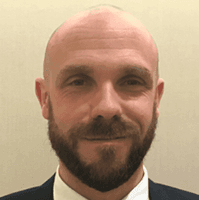 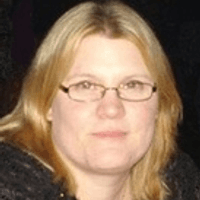 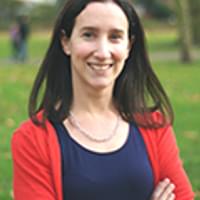