A service review of cognitive assessment in an MS cohort

The problem: cognitive difficulties are common in MS

Between 40 and 70% of MS patients are affected by cognitive difficulties (Langdon 2011), particularly processing speed or reaction time (Cullen et al 2017). Meta-analysis has shown distinctly worse cognition in Primary Progressive MS (PPMS) as compared to Relapsing Remitting MS (RRMS) (Johnen et al 2017), which is only partly explained by PPMS being older. Therapeutic options are limited: there is no convincing effect of cognitive rehabilitation nor adding medications (Meta-analysis: Mitolo et al 2015). NICE guidance (2014) recommends: being aware that cognition can be affected in MS; sometimes this may be connected to depression, anxiety or sleep, therefore assessment and/or treatment should be offered (and referral on to OT & neuropsychology if persisting).

In Bristol we have a hospital-based MS unit that caters for more than 2000 patients in the region. Psychology referral is initiated if there is clinical concern (supported by an Addenbrookes Cognitive Exam). However, making a referral can increase the workload for the nursing team (especially potential outcomes of the referral, such as raising safeguarding concerns). Another concern is that a dedicated MS psychologist post is no longer funded.

The audit: are patients being referred and seen appropriately?

We examined a 7-month period in 2018. 92 patients (approx. 8% of the cohort) were referred to psychology for either cognitive assessment, therapy, or both. The age and sex breakdowns largely mirrored the population. Amongst referrals, those with PPMS were older than those with RRMS (statistical analysis not performed). There was a long wait before being seen (7 months on average). Almost a quarter of the referrals were eventually re-referred to the neuro-psychology service (not a dedicated MS service) due to the wait times and lack of capacity.

Funding is awaited for a full-time psychologist for the MS service. In the meantime, the general neuro-psychology service is providing the cognitive assessment and therapy service for most of the MS cohort, with consequences for waiting times.

Areas that the rest of the MS team can aim to identify and potentially reverse (sometimes in collaboration with GPs) include depression, sleep, and medication burden.

We will re-assess this service, including a patient satisfaction review, to examine the impact of re-direction of referrals. 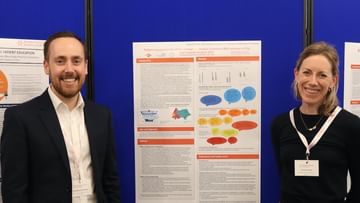