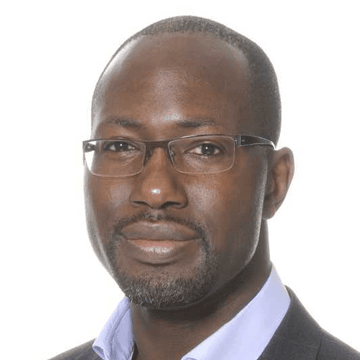 Dr David Okai MRCPsych MD(Res) PGDip(CBT) is a consultant neuropsychiatrist in the Department of Psychological Medicine, Oxford University NHS Foundation Trust, and Clinical Lead for the department. He trained in psychiatry at the Bethlem and Maudsley Hospital, where he also undertook a diploma in Cognitive Behavioural Therapy (CBT).

He is an honorary senior clinical lecturer in neurosciences in Oxford, and was previously a neuropsychiatry fellow at the Institute of Psychiatry, Psychology and Neuroscience/Maudsley Hospital, during which time he also did some training at Queen Square. He completed his MD in psychological research in the assessment and management of Parkinson’s patients with complex neuropsychiatric conditions.

He has published book chapters on neuropsychiatry and psychology and has additional interests in factors such as the real-world validity of psychological tests of dysexecutive syndrome. He is involved with ongoing work on large prospective studies of PD progression and how this impacts on personality and behaviour in Oxford, alongside the neuropsychiatry of NMDA- receptor encephalitis.

Dr David Okai is a contributor to the following academies

Dr David Okai is speaking at these forthcoming events...