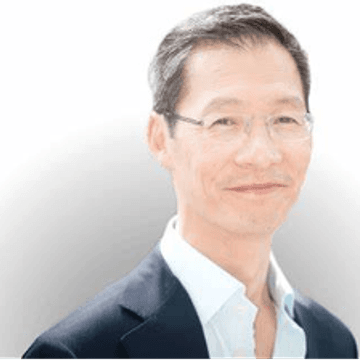 Dr Chan was a Scholar at St Paul’s School, London before attending medical school in 1985. His preclinical and clinical undergraduate training was split by a first period of doctoral research supervised by Professor John O’Keefe, University College London (UCL), who was later awarded the 2014 Nobel Prize in Physiology or Medicine. This PhD involved studying the connections of the hippocampus, a region of the brain crucial for memory and navigation, and which is affected in the earliest stages of Alzheimer’s disease (AD). He finished his medical degree at the University of Cambridge (Trinity College) and undertook junior medical and surgical training in London and South East England. This was followed by another period of research and the award of a second research doctorate, studying MRI and neuropsychological changes in early dementia under Professor Martin Rossor, Institute of Neurology, London.

His specialist registrar training in Neurology was undertaken within the West London Deanery, with rotations through Atkinson Morley’s Hospital, St Mary’s Hospital, the National Hospital for Neurology and Neurosurgery at Queen Square, and Charing Cross Hospital. After completion of training he was appointed Consultant Neurologist at Brighton and Sussex University Hospitals NHS Trust in 2006 and then Senior Lecturer in Neurology, Brighton and Sussex Medical School in 2009. He moved in 2014 to the University of Cambridge where his research interests expanded to include studies of disease mechanisms in AD, working again with now-Nobel Laureate Professor O’Keefe, and pioneering the use of virtual reality and other new technologies to improve the early diagnosis of AD. In 2019 he moved his NHS work back to Sussex, where he is a Consultant Neurologist running general neurology and specialist memory clinics, and his academic work back to UCL where he is Principal Research Fellow at the Institute of Cognitive Neuroscience. Dr Chan continues his research into the early diagnosis of Alzheimer’s disease and is one of the leads for a new Alzheimer’s diagnostic initiative https://edon-initiative.org chaired by the Right Honourable David Cameron and funded by Alzheimer’s Research UK and Bill Gates.

Dr Chan lives in West Sussex with his wife and two children.

Dr Dennis Chan is a contributor to the following academies