Cognition
By Dr Simon Cooper, Consultant in Medicine for the Elderly, Taunton and Somerset Foundation Trust

There were no specific measure(s) in place to monitor and address vascular health in people with Parkinson's within the movement disorders service in Taunton and Somerset Foundation Trust.

To improve the vascular health of patients with Parkinson's and thereby reduce the potential for cognitive decline due to comorbid vascular disease.

To examine relevant health records via the case notes of 50 patients with Parkinson's under the age of 65 within the movement disorders clinic, considering:

Vascular risk* was considered to include the following elements with appropriate investigations identified for each:

(*This was drawn from the NICE Impact report on vascular dementia)

To then implement a clear change in clinic process and records dependent on results.

Education with impact – Quality improvement in mild cognitive impairment (MCI): Stories from across the UK and Ireland
By Dementia Academy
Supporting vascular health in people with Parkinson's
By Dr Simon Cooper, Consultant in Medicine for the Elderly, Taunton and Somerset Foundation Trust 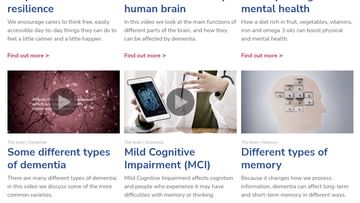