Siponimod – how do we give patients with secondary progressive MS hope?

Are the ‘Forgotten Many’ forgotten again? NICE rejects Novartis’ Mayzent for SPMS

Before we, as the MS Academy, respond to NICE it is important we do a short survey to find out what the situation is on the ground and see if there is any consensus in our practice. We would appreciate it if you spend 2 to 4 minutes completing the following survey.

In June, NICE issued draft guidance which saying it was unable to recommend siponimod as a disease modifying drug (DMD) for secondary progressive MS (SPMS) in England and Wales.

The news came as a blow to people with SPMS who have no other treatment options, and to clinicians who had been discussing the possibility of the drug with their patients.

Dr David Paling, Prof Gavin Giovannoni, and Dr Rachel Farrell discussed the implications of the decision and the future of SPMS treatment.

“The said the day I heard the news that NICE rejected siponimod for active secondary progressive MS, I kept looking at my Excel sheet of patients who I have been carefully preparing for the last year. I’ve been giving these patients hope and it breaks my heart to hear this decision,” Dr Riffat Tanveer, webinar delegate.

The panel spoke about how neurologists had been “warehousing” potential siponimod candidates while they waited for the decision from NICE, a move that had left many feeling guilty that they had provided “false hope”.

“I think it depends on how hard you look. Certainly, from MRI and pathology studies, there’s no clear pathological determinant of whether someone is relapsing remitting or secondary progressive,” said David.

He added that it became clearer as people become more disabled, but he believed SPMS started “a lot earlier than we recognise”.

“At the moment we are in a very odd situation where when we made the diagnosis of progressive MS, we actually inhibit lots of people’s DMD treatment choices, so there’s actually a negative incentive for us to make that diagnosis.

“One of the things I was hoping might change with siponimod is that we’d have an earlier, more frank conversation with our patients about some of the elements of their disease that may be secondary progressive, and how we might help with that,” said David.

Rachel spoke about the role of cognitive function in diagnosing progressive MS, saying: (06.09)

“Using cognition as a marker of disease progression, in the absence of other functional systems progressing as well, can be tricky,” said Rachel.

Roche is among the companies developing apps that use the SDMT to track disease trajectory over time, said Gavin, asking if these applications would be useful in SPMS diagnosis.

“These apps have clear potential, but we have to evaluate them in the same way as we would a medicine and look at the potential harms,” said David.

“I think that the majority of patients know that they have become progressive, and don’t really want us to see it. They might say they are fine, that they are stable, but when you look back through the data you see the signs of change,” said Rachel, adding that there was a “real reluctance to give someone a label of something that we do not have a treatment for”.

Effective diagnosis of progressive disease, she said, relied on:

The annual review is key to the overall assessment of progression, said Rachel, pointing out that this did not need to be carried out by a medic – MS nurses and AHPs are more than capable.

As soon as you label someone as having SPMS they should come off treatment. But most patients with SPMS are on DMTS. Do you agree? (18.39)

David said he did agree, and that it demonstrated the transition from RRMS to SPMS was “not a useful concept.” It is extremely difficult for even a skilled neurologist to make the diagnosis, and this was evident, he said, from the centre to centre variation in how the decision was approached.

Siponimod was licenced for active SPMS, which is often classified as featuring superimposed relapses within six to 12 months, or focal MRI activity. What would your time window be for assessing whether SPMS can be classed as active in the later scenario? (20.38)

Rachel said she would wait between six and 12 months after acquiring a new baseline MRI to repeat the scan in those who seem to be progressing slowly and without relapses.

“If they’re changing more rapidly, I would do a follow up scan within six months. I would include the cervical cord, but I’d want to do the spinal cord as well. I think there’s quite a few patients who are progressing, particularly from a motor point of view, and while their brain scans haven’t particularly changed, but they have a lesion in the cord,” said Rachel.

Asked if she would advocate getting all patients who had been lost to follow up back in for a new baseline MRI scan, Rachel said yes.

In the future, neurofilaments may also play a role in understanding inflammation levels, the panel agreed.

Once you have given someone the label of SPMS in the notes, you can’t go back – so how do you give patients hope? (36.58)

“I tell people that every time I see you, we will go back over things and we will see what we think has gone on over the last year. I tell people that in my experience, it’s not true (that it’s a one way street), I tell them that they may come back in a year and be exactly the same,” said David.

The panel agreed that there was always something to offer people with progressive disease to make their lives better. It’s important to consider holistic management, they said:

They also agreed that while siponimod wasn’t a game changer, it represented an evolution in treatment options for progressive disease. (39.09)

However, the drug is not perfect, he said, describing it as a “steppingstone to hopefully more effective treatments”.

Rachel said: “When we talk about hope for people with SPMS, I think the ones who will be eligible for siponimod will be the few compared to the many… I think this is a great first step in that it’s the first positive trial of a licenced drug for SPMS, but I don’t think it is a gamechanger.”

How do we break the news to patients who had been waiting for siponimod that NICE has said no? (47.16)

“I’ll apologise for raising their hopes and point out that it isn’t perfect – that it has a fairly small effect upon progression.

“There are other things that we can do to help people’s MS, like review their medications, making sure I’m maximally treating their symptoms, and that I’m not giving them medication that’s impairing their cognitive performance… I’ll try to make it up to them,” said David.

Watch the webinar to listen to the full discussion.

Neurology Academy · Siponimod – how do we give patients with secondary progressive MS hope?

This activity has been supported by sponsorship from and Roche. The sponsor has had no control over the educational content of this activity. 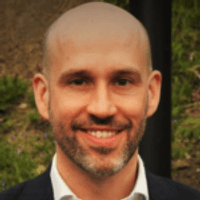 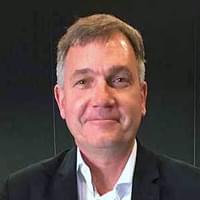 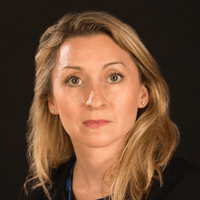