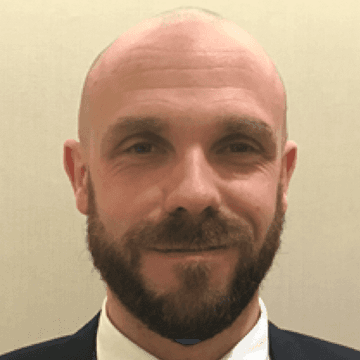 Dr. Dunne trained in Trinity College Dublin (2005), was a core trainee on Dublin University’s Psychiatric Rotational Training Scheme, and won a Research Training Fellowship (HRB) in Dublin in 2010 for research into ECT, depression and memory. In 2012 he was awarded an NIHR Academic Clinical Fellowship (Dementia) in Cambridge, where he completed higher training in Old Age Psychiatry.

Since joining Greater Manchester Mental Health Trust (GMMH) in 2015 he has recruited for and run disease-modifier trials in dementia. His clinical role is consultant for a 20-bedded functional and organic later-life unit and locality ECT Lead. He is a member of RCPsych’s Quality Network for Old Age Mental Health Services (QNOAMHS) accreditation & advisory panels, & a regular inpatient peer-reviewer.

In 2018 he became Clinical Director of the Greater Manchester Dementia Research Centre (GMDRC) where he’s a Principal Investigator on NIHR and industry-funded trials and cohort studies in dementia and depression. The GMDRC is now a member of the NIHR Dementia – Translational Research Collaboration (D-TRC). He is Greater Manchester NIHR Clinical Research Network (CRN) Division 4 Lead for Dementia and an Honorary Senior Lecturer at the University of Manchester. He runs national workshops on Parkinson’s (Foundation & Advanced), Dementia and Palliative Care MasterClasses for the Neurology Academy©.

Dr. Dunne’s current research interests include clinical prediction models, biomarkers, and machine learning in neuroimaging and neurodegenerative disease, palliative care in dementia and dementia in LMICs and diaspora populations. He designed and teaches a free, open-source course in R programming and data science for doctors, including machine-learning (Data4Docs© & Stats4Shrinks©). He is a member of the Movement Disorder Society and British Geriatric Society. He is also a WEMSI©-trained Wilderness Physician, and if not at work will be up the nearest mountain. He thinks being an NHS consultant is very like navigating in a white-out. 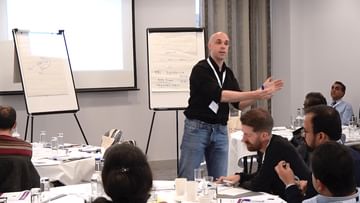 Dr Ross Dunne is a contributor to the following academies

Dr Ross Dunne is speaking at these forthcoming events...

Dr Ross Dunne spoke at these On Demand events...