Mild cognitive impairment (MCI) is a common feature in Parkinson’s disease (PD), even at the time of diagnosis (Yarnall, 2013), and increases risk to future conversion to Parkinson’s disease dementia (PDD). To prevent unnecessary cognitive deterioration, maximise quality of interventions and support to people with Parkinson's, it is important to monitor for MCI in those with the condition (Cammisuli, 2019)

There are currently no formal processes of monitoring patients with Parkinson's for MCI within local Parkinson's clinics. The Parkinson’s Excellence Network supports the use of a PD-MCI algorithm which includes the PD-Cognitive Function Rating Scale (PD-CFRS) for use within routine Parkinson's Clinics, although this is yet to be widely implemented. This is to ensure people with Parkinson's are fully assessed and appropriately supported if they experience cognitive decline.

This snapshot refers to part one of the 2 aims.

4 patients had their management plan adjusted with 3 medication changes and 1 referral to a memory clinic.

Results suggest positive measures in asking about an assessing cognition using the MoCA but that this does not follow up with reviews or formal documentation.

Training on the PD-MCI algorithm has now been implemented with the nursing team with a view to completing part 2 of the project aim when the service will be reassessed.

Given the above conclusions, the team has continued to perform the PD-CFRS in patients who have expressed concerns regarding their cognition, which has been across very small numbers of patients to date. However, early observations are:

The team intends to continue using the PD-CFRS and re-evaluate the outcome of cognitive assessments again in Spring 2022. 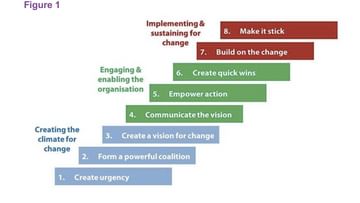