Progression independent of relapse activity (PIRA): Time to rethink how and why disability worsens in early multiple sclerosis?

Join us as we discuss how disability is affected in early MS and how and when to have conversations with patients about progression.

'Progression independent of relapse activity (PIRA): Time to rethink how and why disability worsens in early multiple sclerosis?' has been approved by the Federation of the Royal Colleges of Physicians of the United Kingdom for 1 category 1 (external) CPD credit(s). Full conditions of approval are listed in our guidelines. Please note CPD Federation approval does not include satellite symposia sessions.

While MS disability is traditionally measured by EDSS, the score often bears little resemblance to what healthcare professionals see every day in clinic.

It does not account for relapse and relapse recovery, does not measure symptoms such as fatigue, and it presents the move from relapsing/ remitting to progressive disease as a stepwise transition.

Progression independent of relapses (PIRA), along with relapse-associated worsening (RAW), is a relatively new term in MS research.

“A significant amount of disability, even in relapsing/remitting MS, is not associated with relapse,” said Waqar, adding that disability progressed fastest in those who experienced both relapses and “silent” progression.

It means that early treatment and using therapies that will slow progression as well as prevent relapses are critical to reducing disability.

The concept of progression should be discussed as early as possible – because people with MS need to be able to make sense of what is happening to them, said Sarah Roderick, MS Nurse Specialist at Cambridgeshire and Peterborough NHS Foundation Trust.

“We need to go at the patient's own pace, but it's necessary that they understand what MS is and how it may affect them. “There needs to be a conversation about disease modifying treatments (DMTs), and how they may slow down the progression of their MS,” she added.

“People need to understand how they can keep themselves physically and mentally healthy, they need to be able to recognise a relapse, and understand when to seek help. This all takes education,” said Sarah.

During consultations, a full holistic assessment can help HCPs to pick up small changes in symptoms between appointments.

“Over time, I try to introduce the idea that if they can accept their diagnosis rather than fight against it, they may find their quality of life improves. It's not an easy process, and it can be slow and difficult,”
said Sarah
“It's about opening up the conversation and helping them to think about what the future might look like for them.”

Simple questions that can help HCPs identify signs of progression include:

Many people are scared of needing a wheelchair, Sarah went on, adding:

“It’s important to explain that we often work in hindsight, and that we do not know how their MS will affect them in the future.”

It’s also important to let people know about services and tools that could help, such as rehabilitation, goal setting, and adjustment/adaptation strategies, she added.

George Pepper, Co-Founder and CEO of Shift.ms, said the early conversations Sarah outlined were “unbelievably influential” to how people “viewed their condition and lived their lives”.

“A diagnosis of MS is a tough thing to hear… being clear and open about the severity of the condition from very early on, in the weeks following diagnosis, is very important,” he said.

Understanding the implications of progression early made George “sit up and take notice” and “understand what I could do to make a difference”.

“I think it is very difficult to expect a patient to be able to make a proactive decision about changing their lifestyle or about going on a high efficacy treatment, for example, without them first understanding the severity of the diagnosis,” he said.

This activity has been supported by sponsorship from Novartis Pharmaceuticals UK Limited. The sponsor has had no control over the educational content of this activity. 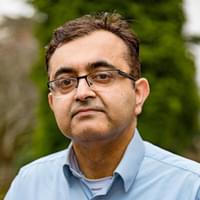 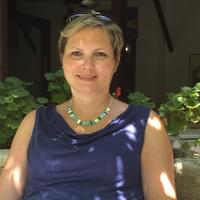 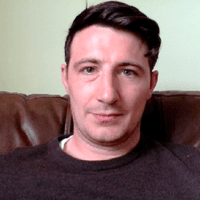