AttackMS, or: What does treating MS early mean in clinical practice?

A key component of optimum care for people with multiple sclerosis (pwMS) is early treatment with disease modifying treatment (DMT). To date, the majority of pwMS will start on a platform DMT, switching to a high-efficacy (HE) DMT only if MS disease activity is not completely suppressed. Evidence suggests that this stepwise approach is less effective in preventing CNS damage and disability than immediate HE DMT. However, even centres using HE DMT first line often struggle to start pwMS on such treatment within less than one year. A key element in treatment delays is diagnostic uncertainty and concerns about adverse health risks should the diagnosis not be correct. However, the risk of intervention depends on the nature of the intervention itself. Natalizumab is a fast-acting HE DMT licensed for pwMS that have a rapidly evolving severe disease course. Natalizumab is associated with relatively minor short term risks.

AttackMS is a placebo-controlled phase IIa trial of Natalizumab within 14 days of a first demyelinating event. The primary outcome is lesion MRI magnetisation transfer (MT) ratio, an index associated with myelin content. We hypothesize that highly effective blocking of inflammation within this such a short time frame will facilitate brain repair (remyelination) and ultimately reduce the likelihood of chronic disability accrual. For AttackMS to become a success, the management of early MS will need to change from a non-acute elective setting to an approach resembling the treatment of stroke.

'AttackMS, or: What does treating MS early mean in clinical practice?' has been approved by the Federation of the Royal Colleges of Physicians of the United Kingdom for 1 category 1 (external) CPD credit(s).

MS waits for no one, but early treatment could help halt irreversible neurological damage – something Rachel Horne has first-hand experience of.

When she was diagnosed, in 2010, she had no idea what MS was, and accepted her neurologist’s advice to take a “watch and wait” approach to treatment.

After her second relapse, which left her with left foot drop and left side weakness, she was prescribed Copaxpone. The next relapse led to permanent double vision in part of her left eye, and prompted a switch to Tecfidera.

“It was only when I had further symptoms a few years ago, and switched hospitals and neurologists, that I was put on Ocrevus, a highly effective drug.

“Do I wish I was put on it or something similar as soon as I was diagnosed? Yes. Do I believe I would have less disability today had that had happened? Again, yes, although I can never prove it.”

This is why, Rachel said, she was so keen to join the PPI board of the AttackMS study, which is exploring whether starting natalizumab two months earlier than the current routine practice allows improves outcomes.

The placebo-controlled, phase IIa trial will make the highly effective treatment available within 14 days of a first demyelinating event. The primary outcome, the researchers say, is lesion MRI magnetisation transfer (MT) ratio, which is associated with myelin content.

“We hypothesize that highly effective blocking of inflammation within this short time frame will facilitate brain repair (remyelination) and ultimately reduce the likelihood of chronic disability accrual.”

To gain an understanding of what the study might mean to people with MS, Rachel convened a focus group of seven people with RRMS and one with PPMS. Seven had been diagnosed in the last two years, and all were either on, or waiting to start, DMTs. Six of the eight said they would have been willing to start a DMT immediately following their diagnosis.

Rachel also asked her Twitter followers, and received 39 responses in 48 hours. The overwhelming majority said they would be willing to start treatment within days of a diagnosis, she said.

“This trial is significant to people with MS. It is something we have been waiting a very long time for,” she added. “I hope, if it is successful, that this trial will lead to a significant shift in how we treat MS.”

“However MS starts initially… a key element in the disease is the ineffectively regulated adaptive immune response,” he said, explaining that this leads to central nervous system tissue damage and axonal loss.

“Time is important and, as in many diseases, earlier treatment is more useful than later treatment.

“When you look at timing, you can look at the association between when you were diagnosed with MS and how you fared over time,” said Klaus.

“It is easy to align this with the emergence of disease modifying treatments,” added Klaus.

He also highlighted a single-centre study of more than 600 people with MS. It found that, over a follow up time of 200 months, the risk of reaching irreversible EDSS 4.0 increased by 7.4% for each year of treatment delay.[2]

“Neurological conditions have the characteristics of an iceberg with lots happening below the waterline. Only certain elements are detectable, but they are obviously relevant for the overall outcome. Time matters greatly.”

The next questions is which treatments are the most useful in early disease, said Klaus, who, along with colleagues, published the review Highly effective disease-modifying treatment as initial MS therapy[3] last year.

It says that real world evidence based on large MS registry data suggests the superiority of early, highly effective DMT over a slow treatment escalation approach, and that delay leads to more rapid and often irreversible disability accrual.

“The concept that highly effective DMTs are necessarily associated with a high risk of adverse effects is no longer supported by the evidence,” said the authors.

“The rather predictable and manageable risk profile of most highly effective DMTs should lower the threshold for clinicians to discuss such treatment with people with MS as a first line approach.”

The data show that early treatment has long-term benefits, but there are still unanswered questions. How early is early, and whether highly effective anti-inflammatory treatment has a role in remyelination are among the questions AttackMS is setting out to answer.

“We are pretty certain that there is a need to change current practice in order to facilitate brain health, and we're hopeful that the study may help facilitate this,” said Klaus.

AttackMS aims to enrol people at first manifestation of a CIS or demyelinating McDonalds MS within 14 days, and to test IV natalizumab over 24 weeks for safety, efficacy, and “to advanced mechanistic understanding”.

Participants will be randomised to the treatment or placebo arms. They will undergo MRI scans at baseline and at week 12, at which point those in the placebo arm will be initiated on treatment, and at the end of the study. All those taking part will be able to continue on natalizumab or another DMT at the end of the trial.

The inclusion criteria are:

Recruitment is expected to start in May or June, and people can get more information by emailing attackms@qmul.ac.uk 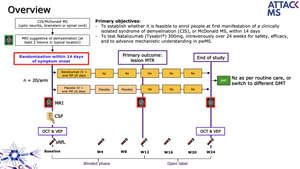 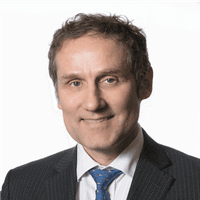 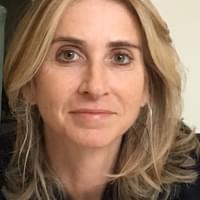