How do we define cognitive impairment in MS; current implications for clinical practice

Objectives of the webinar:

At the end of the webinar, attendees can ask their questions during a live Q&A.

This webinar has been approved by the Federation of the Royal Colleges of Physicians of the United Kingdom for 1 category 1 (external) CPD credit(s). Please note that CPD approval does not include satellite symposia sessions. To claim the credit please email events@neurologyacademy.org.

She charted the journey of a 51-year-old father of two, who was in good health until, in 1995, he developed painful loss of vision in his right eye. He was 24, and the problem resolved on its own after a few weeks.

“Because the patient was well and no further symptoms developed, this was not investigated and he went back to his normal life,” said Floriana.

When the problem reoccurred four years later, he did not experience the same level of recovery, and he was investigated in more detail. MRI suggested relapsing remitting MS. However, the diagnosis was not confirmed. At the time, Floriana pointed out, few treatments were available.

Around 15 years later, the man developed left optic neuritis. Investigations detected changes in his neurological performance, and some spasticity in the lower limbs, though no mobility limitations.

He reported poor memory, and a tendency to mix his words, which was frustrating and compounded his low mood. An MRI confirmed a gadolinium-enhancing lesion, and the MS diagnosis was confirmed. However, under 2014 NICE guidelines, he was ineligible for disease modifying therapy (DMT) due to not having had two relapses in two years.

Over the next two years, he experienced ongoing bladder issues that increased in frequency and urgency until they affected his ability to work. He then developed new symptoms – unsteadiness and vertigo – and underwent another MRI, which showed new lesions.

“At this stage, things were really getting very bad for him,” said Floriana. “He had poor mobility… some instability, gait ataxia, and the urgency and frequency were worse than ever. Also, he and his wife both reported that the memory difficulties were getting more pervasive.”

He was forgetting to take medication for his hypothyroidism, and he was having issues at work – he was a mechanic, and his employer was concerned about the safety of the customers.

In 2017, having suffered two relapses in two years, the patient became eligible for first line DMTs, and he opted for teriflunomide. Over the next year or so, the man experienced a further decline, becoming dependent on a walking stick.

“However, one of the main issues, which his wife reported, was a worsening of memory and cognitive function,” said Floriana, explaining the couple were afraid he would lose his independence.

The man was switched to ocrelizumab, and an assessment showed worsening of mobility. “But the patient was very specific on the types of issues he had – he had problems multi-tasking… he also had significant problems remembering things in the short term. He would misplace objects. He also had word finding difficulties, and tended to repeat himself.”

The man was referred to neuropsychology, but assessment found him to be borderline or just below the expected range of normal in several domains.

“The test showed mild difficulties in verbal intellectual functioning, attention, and working memory… which it's entirely in keeping with a patient with multiple sclerosis,” said Floriana.

It is important to note, she went on, that his poor vision meant he was unable to complete some of the tasks on the neuropsychological test.

In April 2021, the man was followed up by telephone. He was home alone, and was unable to remember the questions he wanted to ask. With “great frustration” he asked for a call back when his wife was home.

The latest MRI results show “significant brain loss” compared to earlier scans. Floriana said: “Even though there was a gap of 15 years where the patient did not have any symptoms, the MS process of brain damage was ongoing.”

In conclusion, Floriana said the patient was not diagnosed promptly, and treatment initiation was postponed to a point where the brain “was so damaged that the treatment would probably have had poor efficacy”.

How things work in practice: Person with MS’ perspective

Outside of the MS-STAT2 trial, in which Mark Webb is currently participating, no one has ever measured his cognitive function. “I know my EDSS, but I have no idea if there are measurements for my memory issues. There’s just so much less focus on this part of my life, which is damaging,” he said.

Listing his own symptoms, Mark who was diagnosed with secondary progressive MS around two years ago, said he suffered:

Mark has developed workarounds for many of these issues, such as compiling daily to do lists, and has attended “the odd” thinking or sleep control class at the local MS centre.

Taking part in the MS-STAT2 trial has shown Mark that “these things can be measured”, though it can be time consuming.

“We don’t understand brain fog and we are desperate for more,” he said, summarising the feedback he received from his Twitter followers on the topic.

“Pretty much every MSer who responded wanted it moved up the list of importance. We are all used to being asked about bladders, walking issues, optic neuritis and whatever else but nobody talks about cog fog.”

He added that there was something of a postcode lottery in terms of accessing help with the symptoms, adding that he was lucky to live near an MS Centre which offered support.

Describing the impact on his daily life, Mark said: “It is so painful when my wife or friends say ‘bloody hell, you’ve forgotten again’… When I am trying to get a word, or a memory, or a sentence I can almost feel that cotton wool lesion in my head. It’s very real to me.”

The current state of play

Dr Anisha Doshi said cognitive deficits were common – and devastating – in MS, adding that they can occur quite early in the disease course.

Such problems, however, can be difficult to detect. People may put them down to the natural aging process, the symptoms can come and go, and they may be dependent on other factors such as heat, fatigue, infections, stress, relapses, and medications.

Currently, the most sensitive test for cognitive function in MS is the single digit modalities test (SDMT), said Anisha.

“This looks at information processing speed and memory, but it's heavily reliant on vision. So, if someone has decreased vision or optic neuritis, for example, they may not perform so well. It's important to know that you're using a task that's effective for your individual patient.”

Other screening tools and their limitations include:

Defining cognitive impairment is challenging, said Anisha, adding that there were more than 70 different methods of classification in the literature. “Not all papers use the same scales, so you can’t really compare like with like,” she said.

There is also a tendency to measure by standard deviations from normative values, Instead, we should be thinking about cognitive decline, or a change in cognitive function from a previous level, said Anisha.

The SCMT, she explained, was as a “useful screening tool for measuring change”.

Defining cognitive decline is important for a number of reasons not least because it has a huge impact of quality of life. Other reasons include: 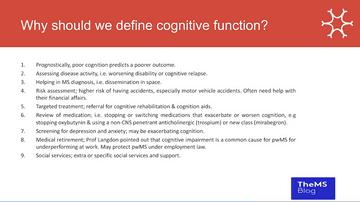 The MS Society has highlighted cognitive dysfunction as one if its top ten research priorities and issued a call for effective treatments.

“We need longitudinal studies, we need to know how to interpret change, and we need to develop more neuroimaging techniques to look at what underlies cognitive deficits. We also need effective interventions and rehabilitation to treat cognitive dysfunction,” said Anisha.

“They do advise looking at anxiety, depression, fatigue and sleep which all impact on cognitive issues,” said Anisha. “Patients should be referred to both an occupational therapist and neuropsychologist, ideally on an annual basis.”

DMTs appear to improve cognitive function in RRMS, though the impact is mild to moderate, and the data is not sufficient to support treatment escalation or initiation decisions.

This activity has been supported by sponsorship from Novartis Pharmaceuticals UK Limited. The sponsor has had no control over the educational content of this activity. 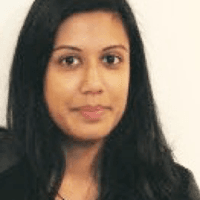 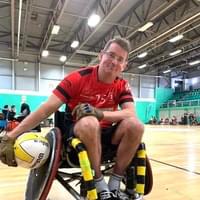 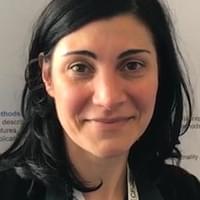