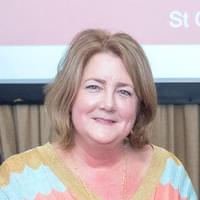 The learning objectives for the session, explored across clear themes of cognition such as ‘learning and memory’, ‘information processing’, and ‘verbal fluency’, were:

The definition in the Webster dictionary Is “mental processes“, whilst the Oxford Dictionary describes it as “The faculty of knowing or perceiving things”.

Cognition is the processes involved in acquiring and understanding knowledge, memory and concentration. It is the use of our higher brain level functions: how we think, plan, remember and understand

Other studies noted found the prevalence of cognitive impairment to be as high as 65%.

How does cognitive impairment present in MS?

Cognitive impairment is common In MS across visual and verbal memory and occasionally executive function (table 1).

Table 1: Element of cognition and the way that impairment of this may present in a person with MS

How does cognitive impairment present in MS?

Patients have often picked up tricks and compensatory techniques before they are initially seen by the neurologist, making it harder to detect.

Cognitive impairment is frequently present at diagnosis, so because of this, all newly diagnosed patients receive baseline cognitive testing in the Canada MS clinic.

Cognitive dysfunction has a weak correlation with physical disability, shown in this study

So – why do we care about cognitive impairment in MS?

The impact of cognitive impairment:

Why follow-up is necessary:

Cognitive impairment in PwMS is progressive, and change over time is most pronounced in patients unimpaired at baseline

When should you screen for cognitive impairment, clinically?

Baseline cognitive function should be measured in order to both quantify function at that time, and to serve as a baseline for future comparison.

The take home message of this session was that cognitive impairment in MS is progressive, can hugely affect a person with MS, and should be assessed and supported wherever possible.

Key points to remember are:

The full CMSC session is available to watch here via NeurologyLive. 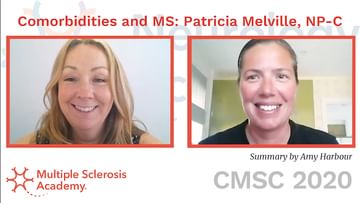 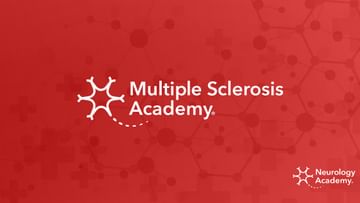 Rehabilitation in MS: That was then, this is now: Patricia Bobryk, MHS PT MSCS, ATP