Our Parkinson's Cutting Edge Science conference this year, chaired by Dr Emily Henderson, was attended by over 170 Parkinson's specialists spanning Neurology, Old age psychiatry, and Medicine for the elderly, with nurses, therapists and consultants discussing and debating nuanced aspects of Parkinson's treatment, management and care. Each week, we will take a closer look at one of the brilliant sessions.

Dr Yen opened by discussing the impact of falls on the NHS and on patients themselves and highlighted the various reasons which cause people with Parkinson's to fall including: 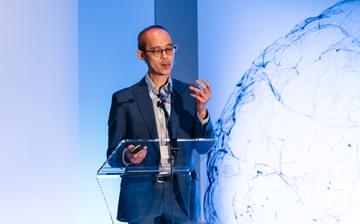 The spinal cord and our movement

Yen demonstrated the different ways that we control movement, going into detail about the direct and indirect pathways used to control movement. Neurodegeneration in Parkinson's and progressive supranuclear palsy (PSP) is thought to impact the pedunculopontine nucleus (PPN) which in turn causes such changes in movement and gait; reduced messaging through this has also been observed in people with Parkinson's who are experiencing more falls. 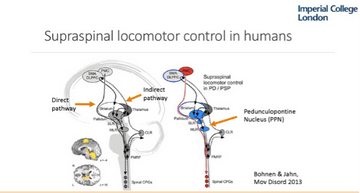 Yen talked about the challenge of gait and movement management in patients managing their Parkinson's through DBS, noting that whilst many Parkinsonian symptoms are brought under control well by DBS, gait and balance are often not improved in the same way, and can actually worsen for some (Collomb-Clerc & Weltern 2015).

Spinal cord stimulation has been used for some time in medicine to treat refractory neuropathic pain and chronic back pain such as in failed back surgeries and Yen outlined some of the theories around why this can help treat pain, including the Gate control theory (Cury and Moro 2021).

It became apparent that when people with Parkinson's were treated for back pain through spinal cord stimulation, their gait also improved. It was unclear whether this improvement was due to lessened pain or for another reason, however. Yen described the research conducted in rodents and primates (Fuentes et al 2009; Santana et al 2014), and shared a small number of trials carried out in people with Parkinson's without back pain to monitor the impact.

He demonstrated two short videos of two people with Parkinson's and DBS walking post-stimulation with remarkable effects, although noted that the study was not blind placebo-controlled and that the placebo-effect might have had an impact on the results. (de Souza et al 2017).

Yen also shared results of a study using different amounts of stimulation, where a higher amount demonstrated the most impact in improving gait, and the lower amount still generated improvement, but to a lesser degree, and with shuffling on turning (Samotus et al 2018).

However, on balance, Yen was clear that not all studies have seen positive results, with a small sample of 6 people in Toronto undergoing a similar style of test as in the previous trials seeing no improvement in gait (Prasad 2020).

Questioning the reason for this, Yen suggested that the term ‘postural instability and gait disorder’ (PIGD) is not homogenous and reminded the room that there are many reasons for problems with balance and gait. Bohnen (2019) used various assessments to try to classify people with Parkinson’s with PIGD into ‘freezers’ and ‘fallers’ and to understand what contributes to these different traits.

These differences suggest that to use the same treatment on each type of patient and expect the same outcome is unhelpful. However, it is unclear whether the spinal cord stimulation is more successful in those who are ‘fallers’ or ‘freezers’.

Yen was clear that this is not the only ‘unknown’ of the treatment form at present. Other questions include:

Yen discussed a new trial expected to start at Imperial College, London, looking at up to 8 Parkinson’s patients with treatment-resistant gait disorders and predominantly freezing of gait. Exclusions are those with cognitive impairment, back pain or using DBS, or on cholinergic medication.

In conclusion, Yen was clear that there are many ways to address gait and movement and that this current area of research may provide just one further option for people. In response to questions from the floor, Yen reiterated that this treatment option is still in early phases of trial with many currently unanswered questions and is not yet a viable option for healthcare professionals to offer to patients in clinic.

'Excellent meeting, almost faultless presentations. Lived up to its name - that is, really cutting edge staff were discussed.' 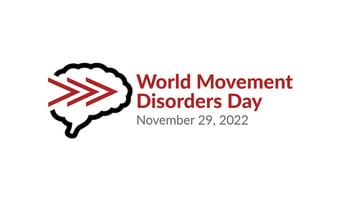 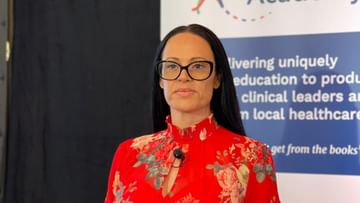 Failing forward: the benefits of learning from failed projects 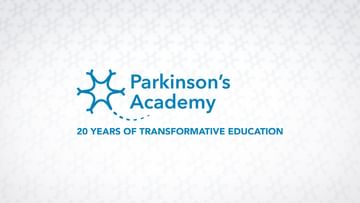