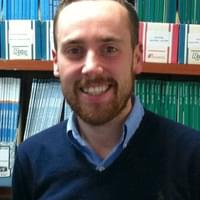 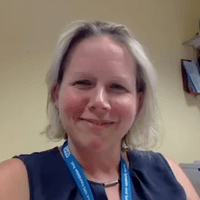 Switching to ocrelizumab after failure of another DMT (1.08)

Two separate studies were presented which looked at patients treated effectively with ocrelizumab after having had a suboptimal experience with a previous DMT. Kate noted that this switch to ocrelizumab after a previously failed DMT was one that she uses in practice and that having the evidence to support it was welcome.

Discussing the difference between the studies:

Kate discussed how these findings can give encouragement to those patients who do have some lesions after treatment to wait for their second scan to see the true outcome.

Wallace felt it raised a question around escalation versus initial treatment: and shared that patients who are uncomfortable with the risk of DMTs can be reassured that they can choose an oral therapy initially, knowing that they will have the choice to try another therapy, which perhaps carries higher risks, further along in their journey, and that they can still have a positive outcome.

Kate highlighted how this evidence is particularly reassuring in the current climate where a number of patients have been deterred from high-efficacy treatment at the start of the pandemic. These results give confidence that if they relapse develop new lesions, their treatments can be escalated and still be effective.

Switching to ocrelizumab after a failure with alemtuzumab (6.25)

In CASTINGS and CHORDS, most people had switched from an injectable or oral treatment, whereas in a new study from Italy (fig 1), 21 patients were monitored in switching from alemtuzumab, another high-efficacy treatment.

Whilst this was a small and very short-term study, it gives some indication this switch was safe and efficacious:

Short-term safety and efficacy of switching from alemtuzumab to ocrelizumab in MS patients with disease activity after two alemtuzumab courses: an Italian multicentric, real-life study.

– Italian study of 21 patients switched from Alemtuzumab to Ocrelizumab for clinical plus or minus radiological activity.

– Not clear if relapses confirmed with new MRI activity.
– Study too short to provide robust reassurance but be interesting to see further follow up and important that these studies are being done.

Switching to ocrelizumab from another DMT (8.30)

Wallace shared a Parisian study (presented during the MS and related disorders oral session 2) which monitored 73 patients switching to ocrelizumab from another DMT. The study was particularly interested in disease activity during the washout period.

Kate noted that her concern is often that the washout period is not long enough, particularly when going from fingolimod to alemtuzumab, and a patient experiences a relapse early on, perhaps due to the theory that lymphocytes get sequestered in the lymph nodes which are then unavailable for the drug to act on. She shared that she often covers patients with steroids as a bridge treatment during this time, clarifying that there is no evidence-base here but that it feels proactive in reducing the likelihood of relapse.

Wallace noted that it is not unusual for patients to relapse during their first couple of months on cladribine, possibly due to what he refers to as ‘pre-programmed relapses’ which are essentially set up to occur before the treatment commenced.

– Used blood from 190 patients in Clarity study taken at 96 week time point.
– Aimed to validate immune cell deconvolution technique which has the advantage of revealing a more detailed immune cell subtyping.
– Able to demonstrate that, whilst CD19 positive B cells are overall relatively depleted in Cladribine treated patients when demonstrated by flow cytometry, using the deconvolution method one can see that there is a relative up regulation in naive B cells.
– No mention made in talk of clinical relevance but this may have implications as to safety and efficacy of vaccination post treatment amongst other things.

Wallace and Kate both agreed that this finding, and that from CASTINGS of the later positive outcome, suggest that there is an argument to ‘watch and see’, giving the drug a chance to do what the research shows it does, rather than immediately responding to any disease activity with an assumption that a treatment has failed.

With cladribine, Kate noted, it is important to remember that it is a dosing over a two year period, and that during the first year, the patient has not had the full dose yet. 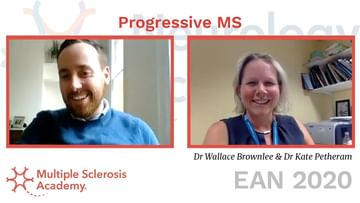 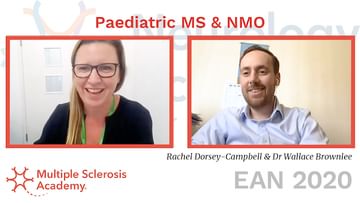 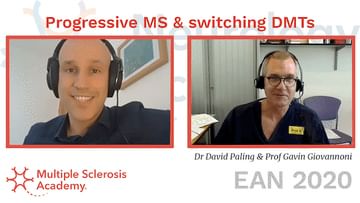