Idiopathic Parkinson’s disease is a neurodegenerative condition which affects 1-2% of the UK population above the age of 65. Osteoporosis is a condition of reduced bone mineral density which contributes to 300,000 fragility fractures per year in the UK. Fragility fractures are defined as fractures arising from low energy trauma which would not ordinarily result in fracture, such as a fall from standing height or less.

People with Parkinson’s disease are at increased risk of falls and potential fracture as a result of multiple factors including postural instability, altered gait, motor fluctuations, autonomic dysfunction, medication and cognitive impairment. Up to 50% of Parkinson’s patients report falling more than once in a 3-month period and 13% fall weekly.

There is also increasing evidence that neurodegenerative conditions are associated with increased risk of osteoporosis with PD having the highest association with fracture of all co-morbidities analysed in the multinational cohort study GLOW.

Osteoporotic fragility fractures impact on both quality of life and mortality. Half of all fractures in people with Parkinson’s disease are of the hip, these fractures carry the highest cost to the patient and NHS with a 1-year mortality rate of 30%.

It is important therefore as part of holistic patient centred assessment to consider bone health in all patients with Parkinson’s disease. The Qfracture algorithm includes Parkinson’s disease in the calculation process and can be used as a tool to quantify the 10-year risk of osteoporotic fracture. This can be used in a clinic setting to assess which patients would benefit from further investigation for osteoporosis and potential treatment.

Retrospective review of electronic case records for 50 patients with a diagnosis of Idiopathic Parkinson’s disease followed up by the movement disorder service across the three hospital sites that make up the south sector in Greater Glasgow and Clyde. Return patients were selected from a two month period in the autumn of 2021. Patients were only included if they had a documented formal diagnosis of Idiopathic Parkinson’s disease. Patients with PSP, MSA, CBD and DLD were excluded. Every clinic letter from diagnosis was reviewed for documentation related to bone health. 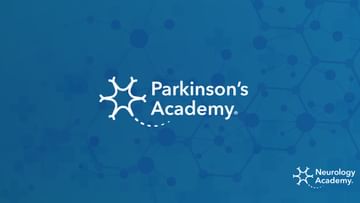