Parkinson’s disease and other related movement disorders: a video guide to diagnosis

This project was awarded winner .

Dr Frank Phelan is the winner of the 2017 Parkinson’s Academy MasterClass Project Award for his video guide to diagnosis. The intermodule project is an integral part of the MasterClass. Course participants choose an area of interest which might be around service delivery, patient or drug management and present their findings at Module 2 to the faculty and other participants who select the winner.

Dr Frank Phelan is Consultant in Elderly and General Medicine and Head of Service for Elderly Medicine at MidYorkshire Hospitals NHS Trust. Frank’s interests lie in the development of Acute Elderly Care Services, innovative approaches to help support junior doctors with non-medically trained nursing staff, setting up a gold standard Movement Disorder Service and creation of a diagnostic aid for Parkinson’s and other movement disorders.

Despite all the progress we have made in raising the profile of Parkinson’s disease it appears that getting the diagnosis correct at the outset remains a significant challenge. A recent experience in my own Parkinson’s disease clinic reinforces this notion. A lady in her sixties was referred by her general practitioner concerned that her Parkinson’s disease tremor was now significantly disabling and wondered if we should start treatment. This lady was very anxious having been diagnosed with Parkinson’s disease and had read up on the internet about all the potential problems she may run into. However, when I reviewed her I could find no features to support a diagnosis of Parkinson’s and indeed had all the characteristic findings in keeping with essential tremor and subsequently responded very well to treatment with propranolol.

It became clear to me that there is a need to provide better education for students, nursing staff and young doctors with regards to the diagnosis of Parkinson’s disease and the other possible mimics such as multisystem atrophy, progressive supranuclear palsy, dementia with Lewy bodies, corticobasilar degeneration and essential tremor. When I reflect back to my own medical student days and my time as a junior doctor, I could not recall ever been told about the high prevalence of REM sleep behaviour problems or anosmia predating the motor features for Parkinson’s. Equally I do not recollect ever been shown how to assess bradykinesia, how one might differentiate the gait of someone with Parkinson’s from that of progressive supranuclear palsy. I do not recall being informed about the subtle difference in how patients with cognitive problems in Parkinson’s disease and Alzheimer’s disease may differ.

Therefore, in an effort to close what I considered to be quite a major gap in our teaching of movement disorder, I thought a description of the core features of Parkinson’s disease and all of its mimics side by side, and supported by video clips demonstrating particular features of each of the conditions, would be helpful.

I used the educational resource ‘Uptodate’ to set out the main presenting features of each of the six conditions mentioned above and focussed particularly on aspects of each that would help differentiate between the conditions. Having completed that I then undertook Google searches looking for YouTube video clips that would demonstrate particular features of each of the conditions. I only considered YouTube clips on the assumption that the posters of the said material would already have obtained consent from the patients filmed to share the clips on the worldwide web. I set out the educational material in a way that would allow the viewer to jump from one condition to another. So as an example, if the learner was looking at a typical resting tremor of Parkinson’s disease then could with one click view a video of a patient with an action tremor of essential tremor and immediately appreciate the difference between the two forms of tremor.

It is clear, that making an accurate diagnosis of Parkinson’s disease can be challenging and there are several reasons for this. Firstly, the condition can affect patients in a multitude of ways and there is great variability even day to day in the level of disability caused by the disease. Secondly, a number of the core presenting features of Parkinson’s disease can also be found in patients presenting with one of the other movement disorder mimics. And finally, I feel there is a lack of knowledge amongst doctors and nurses with regards the diagnostic features not only for Parkinson’s but also the other movement disorder conditions which juniors may have little or no experience of. Indeed, given how rare some of the Parkinson’s plus conditions are, it is very likely that the majority of trainees and nurses, at least early on in their careers, involved with Parkinson’s clinics will never have seen a patient with one of these conditions.

The aim therefore was that hopefully a video supported guide to these conditions would go some way to address this gap in training.

I chose YouTube video clips only as these are easily downloaded avoiding the need to subscribe to other companies for access to their video libraries. In addition, I made the assumption that there would be no issues with information governance as patients would have already given consent for their videos to be shared on the worldwide web.

I had no way of checking the accuracy of the diagnosis made by those posting the video material and that in itself brings into doubt whether what is presented does indeed demonstrate the particular feature of that condition. Therefore, as an example the patient with what was termed to have ‘the look of surprise’ in keeping with progressive supranuclear palsy (PSP) may not be a patient with PSP. Another limitation is that having confined my internet search for a particular feature to YouTube clips only I may have missed high quality material recorded elsewhere. Finally, the size of the file created by the multiple videos was very large (more than 1MB) and this makes transport and dissemination of the package quite a challenge.

It may well be more appropriate to create a video-supported review of each of the Parkinson’s plus conditions so that each are studied separately and make the subsequent files smaller. However, that in itself may detract from one of the key features of the project, i.e. having the opportunity to compare and contrast instantly, different features of the various conditions. Also, it may be helpful to begin to record videos of our own patients when we have consensus on a diagnosis as then we would have some background context to each of the videos and this would make them much more relevant.

Having presented my project at the MasterClass to my colleagues, and having received very positive feedback on the value of the materials as an educational tool a number of issues pertaining to ‘copyright’ regulations have come to light. To use a video from YouTube one has to seek permission from the owner to do so. I have tried to get information on the individuals who posted the material but have been unable to do so. In addition, YouTube are unable to provide any contact details and the responsibility of finding the contact details rests with the user.

Another issue that is complex is even establishing who the owner of patient material is. So for example in my project sadly some of the patients presented in the videos had subsequently died. Who therefore does one now get consent from to share such material?

Even obtaining the permission of the person who posted the original video material may not be sufficient as they themselves may not have had copyright permission to post in the first place. Unfortunately, if you then go on to use such material, and despite not knowing it was posted illegally, you also are violating copyright laws and can be sued.

Incidentally, the same copyright laws apply to music tracks as well as video and for this reason I have also had to remove the background music track I had used in my presentation.

Moving forward, I will therefore need to explore further ways of obtaining content for the videos that can be shared without running the risk of copyright law. This clearly will take time but is something I feel, when completed, will prove a valuable aid to help all students of Parkinson’s disease and its mimics to learn and improve their diagnostic certainty. 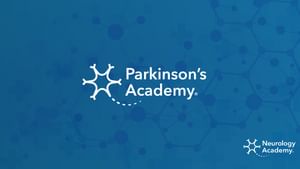