Parkinson's: A UK and international perspective on the COVID-19 impact

Parkinson’s Academy launched its first webinar in response to the COVID-19 pandemic on 24th April, following the success of MS Academy’s webinars and the clear need for support, education and information at this challenging time.

More than 80 attended the webinar live.

Dr Richard Davenport opened the webinar, summarising the current health climate and the reason for the webinar. He noted that at present, it does not seem that there is a neurological signal associated with COVID-19. However, as Prof Bas Bloem echoed the impact of the infection causing severe problems is much higher for Parkinson’s patients because of the respiratory challenges already associated with the condition.

Richard highlighted the health impact that lockdown itself has had on people with Parkinson’s. He noted, as did others throughout the webinar, the mental and physical exacerbations in symptoms that his patients are seeing due to a reduction in activity, socialising, and change from usual daily rhythms. As an example he cited a patient whose wife had seen a marked decline in her husband’s health, with no change to his medication, which she has put down to ‘lack of contact, lack of engagement and lack of golf’.

The hidden sorrows of the COVID-19 crisis

Bas, citing his book, ‘Ending Parkinson’s Disease’ (whose proceeds go towards exactly that end), shared that Parkinson’s is the fasted-growing neurological condition on the planet (fig 1), and that evidence suggests it is a ‘man-made disease’ related strongly to environmental pollution and the use of paraquat, a chemical being used in a widespread manner. Bas advocated a stronger voice amongst the Parkinson’s community, to fight for more funding into research and to clean up the environment to protect our future generations. Prof Bas Bloem spoke on the ‘hidden sorrows of the COVID-19 crisis’, noting his recent article of the same name, which details how our social preventative measures to control the spread of coronavirus have inadvertently but negatively impacted people’s Parkinson’s.

Stress: Highlighting that people are feeling an increased amount of stress, he pointed out that increased stress both exacerbates Parkinson’s symptoms such as tremor and freezing, and has recently been linked to an overall worsening of disease progression (Helmich & Bloem 2020).

Movement: Exercise and movement has a huge wealth of evidence demonstrating how it can slow the progression of Parkinson’s (citing Lancet: 2018, imaging data and a growing body of other evidence)- to build plasticity and flexibility in the brain. Bas suggested encouraging patients to use digital means of bringing exercise into the home with virtual dance, yoga, and exercise classes online or via telemedicine. He was very clear that half an hour of aerobic exercise daily is essential to slow disease progression and optimise wellness (11.48-49).

On movement and exercise:

Can apathy hinder people’s uptake of exercise? But perhaps also be helped by exercise? (13:55)

Apathy is a symptom that often does not concern patients but really challenges their family members. There is not specific evidence that exercise is good for apathy but we know it is good for other areas of mind health like depression. Where people feel apathetic towards exercise, family members can help initiate it.

What is the best exercise for postural instability? (15:19)

A static bike is good as it is safe at home, and can be managed by people with gait or other freezing difficulties. It can be made fun by doing it whilst watching a programme or turning it into a game, and hand bikes are also an option.

What about for people with cognitive difficulties? (17:05)

There is good evidence that regular exercise helps to prevent cognitive decline, but once you have this decline, it becomes far harder for the families to encourage exercise. The burden falls on the spouse or family member caring for that person; physiotherapists can help reduce some of this burden.

On virtual management of patients:

What is the ideal way of managing patients in non-ideal circumstances? (18:28)

Do you have any tips about how to assess bradykinesia remotely? (21:00)

The Movement Disorder Society is working on this. Most things can be assessed remotely. Rigidity is harder but can be assessed by swinging legs or arms and watching for asymmetry. I only spend 2% of my time examining patients in most clinics – it’s far more discussion-based. Diagnosis is the only time that more physical examination is needed.

I am seeing new patients by necessity now, but planning a follow-up in person with them in due course to check for other Parkinsonian conditions which is harder to do remotely. I value intimacy with my patients and this is also harder to establish remotely. However, once you have invested in that relationship, this is attainable remotely too.

What about cognitive assessments? (24:16)

A lot of assessments for clinical trials have been paused, but we have validated scales for cognitive assessments and they can be completed in advance of a phone call, or via video call under supervision.

A nursing perspective of the impact on our services

Louise Ebenezer gave her personal experience of the impact on Parkinson’s services during the pandemic. 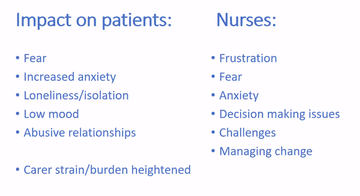 Figure 2: The emotional impact of COVID-19 on patients and staff: Louise’s slidedeck

What we are doing in our local practice

Redeployment seems quite variable, and patient organisations have been very concerned about redeployment of nurse specialists. Do you know about this?(45:25)

Do you have a structured interview system? (47:02)

No, I have a set format I go through, so more of a plan in my head. I begin with general wellness, COVID-19 symptoms, living environment, who does their shopping, then move onto Parkinson’s symptoms, medications, support, shopping, relationships and so on. My colleague Jane Price has devised a written checklist.

How would you deal with a call where a patient is falling regularly due to inactivity? (49:02)

Ask about their routine, the type of exercise they have done in the past, if they have any dizziness, are they sitting down all day? I would suggest some chair exercises, refer to a physiotherapist if needed (where resource is there) and suggest to their spouse that they encourage the person with Parkinson’s to do things for themselves around the home.

A Northern-Italian perspective on Parkinson’s telemedicine during the pandemic

Dr Francesca Mancini based in Milan, Italy, gave a northern-Italian perspective on Parkinson’s and their experience with telemedicine. Francesca has been using a newly-developed telemedicine programme for Parkinson’s, ‘ParkinsonCare’, for just over a year, and it has been really useful within this COVID-19 outbreak. 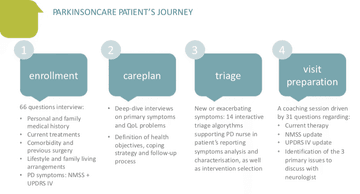 Figure 3: The ParkinsonCare patient journey, from Francesca’s slidedeck for the webinar 24.04.20 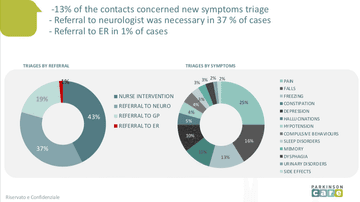 Fig 4: Triage statistics in terms of symptoms and onward referrals

March 11th: the start of a new way of working

Francesca ended with a few case studies to help create a clearer picture of patient’s experiences within lockdown and how the telemedicine tool has been used.

Were you registered on this course?

This meeting is designed and delivered by the Parkinson’s Academy and sponsored by BIAL Pharma. The sponsor has had no input into the educational content or organisation of this meeting. 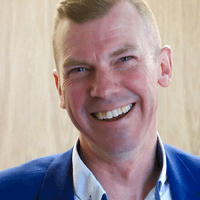 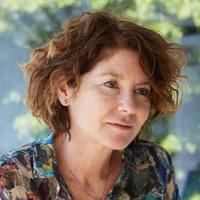 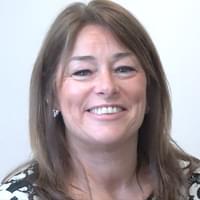